Hansgrohe – German multinational founded in 1901 – deals with the production and sale of high quality taps, shower heads and bathroom accessories. Following the decision to open the new Italian office in Turin, the company entrusted the design to Studio Doppio. An office building from the early 90s, characterized by a sober concrete structure and large glass walls. The centerpiece of the project is the large open space of 600 m2 on the first floor of the building. To replace the old walls, new glass partitions have been positioned to isolate the managers’ offices, meeting rooms and the Think-Thank room from the rest of the open space.

All the furnishings are characterized by the essentiality of the white lines to which the coloured seats of the meeting rooms are a counterpoint: our Miss has been made with white structure and ERA blue fabric and MIRAGE 426 green olive fabric. Armchairs with a marked versatility, ideal for the home, contract and office. The monocoque is in beech plywood, padded with polyurethane foam and covered with or without transverse and rhomboid seams. The base can be swiveled on wheels with gas lift (knee-tilt mechanism or plate) or on a chromed tubular steel frame, on a 4-spoke aluminum frame with return mechanism, on 4 chromed legs. In this case, the Miss base is a sled base, and the seats are enriched by the option of the armrests, in tubular steel painted in white. 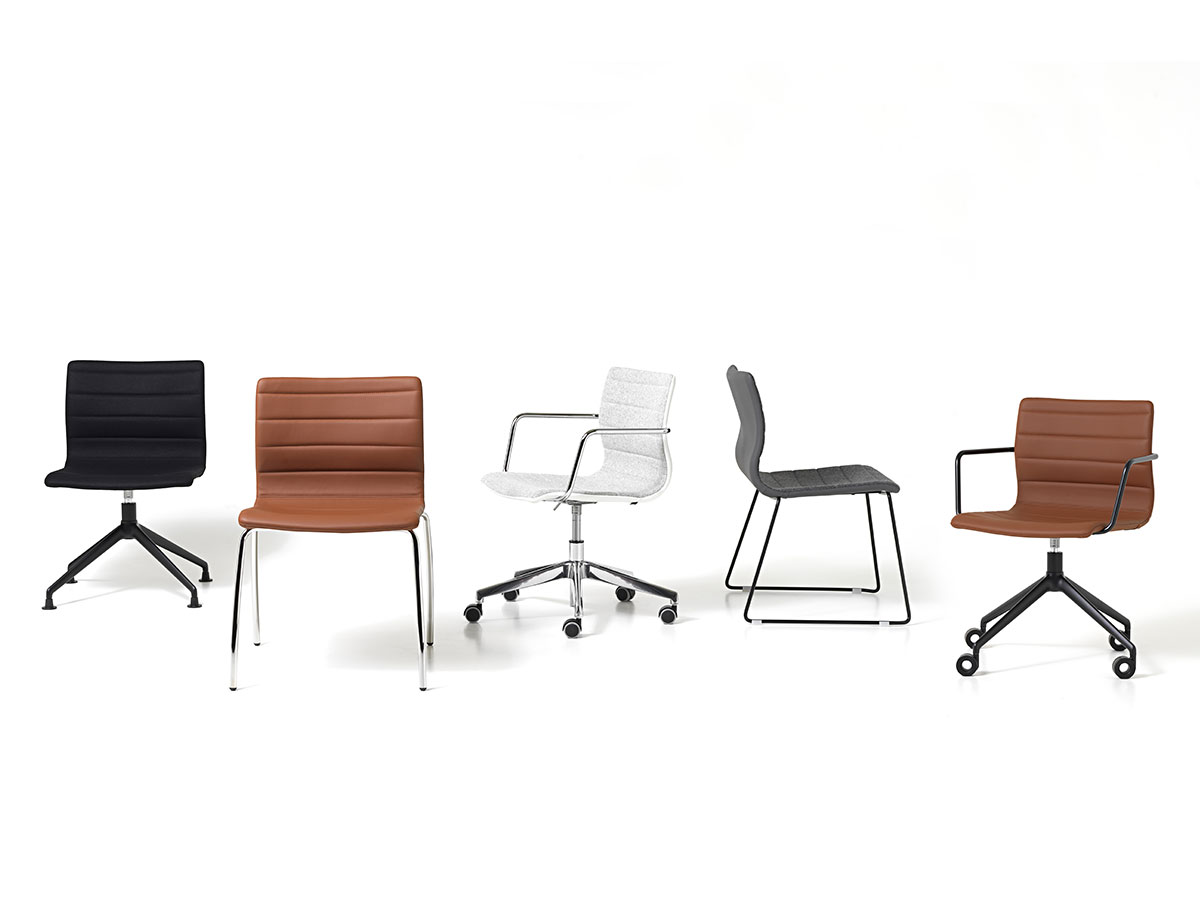 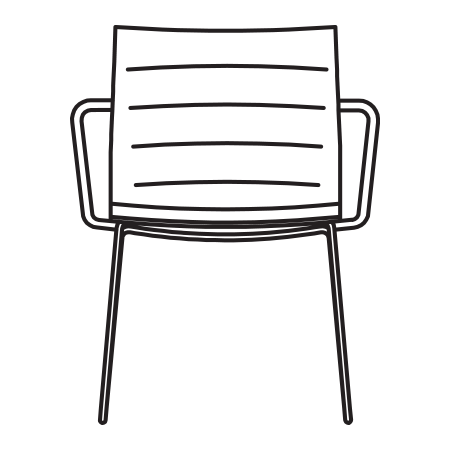